A few days ago, in my review of Maphead, I wrote the following:

I invented my own country, Ladectsbeal, when I was 11 or 12, and pursued creating its details for several years thereafter. Maps were my primary focus there, but I also explored other geographical issues, some history, a bit of language, and a lot about government and related statistics.

Fortunately I kept a lot of my Ladectsbeal material, not only the relatively finished “products” but also my drafts and lists of ideas. Lists, lists, lists — even more plentiful than my maps. I’ll show you fragments of a few of them here, but first you may be wondering where the name came from. It’s an acronym, as you probably guessed. It stands for “Larry Davidson’s country that speaks both English and Ladectsbealic.” Apparently I knew about recursive acronyms even before I had ever heard of the term. (A brief aside: the Wikipedia article that I link to in the previous sentence claims that “the term was first used in print in April 1986” and then goes on to say “an earlier example appears in a 1976 textbook on data structures.” Hmmm…)

Mostly I have to scan fragments, as almost everything was done on large sheets of paper. For instance, the northern half of a map of the country: 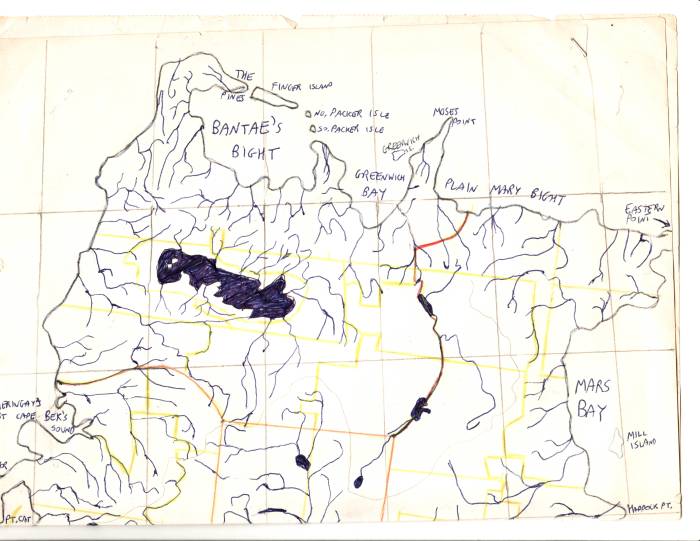 And another one, this time a portion of an unfinished subway map:

As you can see, this was meant to be a scale map, rather than the more typical topological map that provides relative locations for subway lines and stops. I don’t remember whether I knew about topological maps at the time, but I probably did, as I was a subway geek from an early age.

Next, instead of a map of the states (which I do still have, but it’s boring), we can look at a fragment of my scribbled notes on the governmental structure of the five states. This list shows my thoughts about how the structures of two of the states (Bostan and Tanquan) changed over time. I had some strange ideas about separation of powers when I was young: 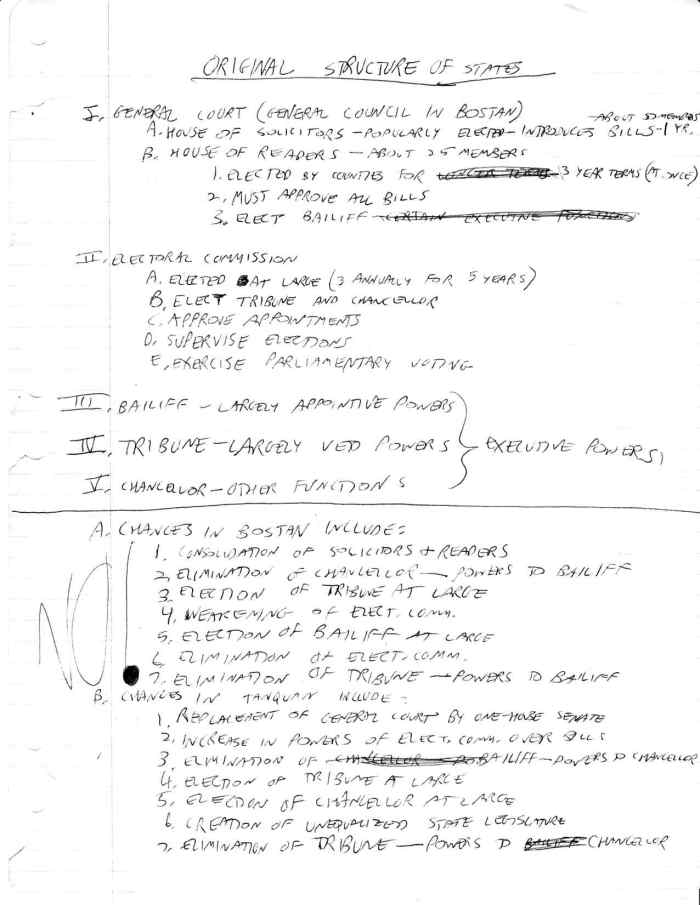 Then we have election statistics, page after page of them. Here’s a page of some early presidential results, typed on my trusty Royal portable typewriter (which I started using at age 12 as my handwriting was so bad). Note that I was too closely basing my ideas on U.S. history, even down to the use of electoral votes and the relatively late introduction of the popular vote:

These went on to the present day… actually into the future, as it then was.

Finally, two examples of local elections. First we have a 1961 projection of 1966 state election results, with even more detailed imaginary statistics:

And you’re probably wondering how those candidates got nominated. (What? You’re not??? Well, my 14-year-old self certainly was.) Here we go, in my scribbled working notes: 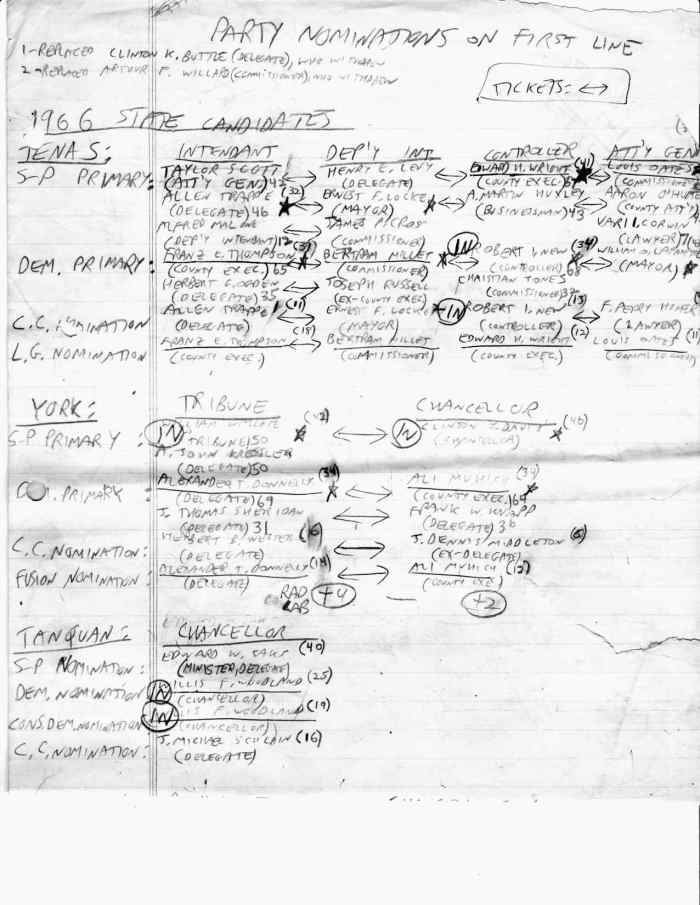 Please don’t tell me I had too much time on my hands. This was my hobby. Some people watched the Yankees on television (this was New Jersey), others of us had better ways to occupy our time.

‹ The Given Day and Live by Night
Make Just One Change ›