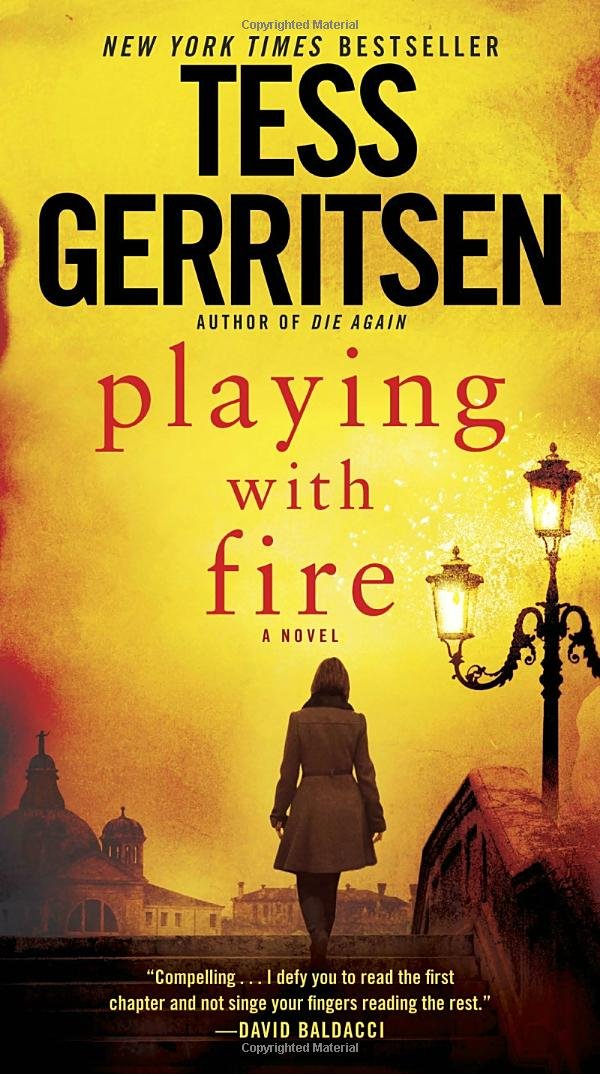 You probably think of Tess Gerritsen as the competent author of interesting genre novels featuring Rizzoli and Isles. Usually, after all, that’s exactly what she is. But Playing with Fire is something very different: part serious mainstream literature, part historical fiction, part psychological thriller, and a smidgen of modern politics.

The title has at least three distinct meanings in this novel, as you’ll see when you read it. No spoilers here!

Early on when reading Playing with Fire, you may be put off by what seems to be a supernatural motif, but that’s just authorial misdirection; it bothered me at first, but I knew that Gerritsen is a physician and scientist, so I had faith that something else was going on. And indeed it was — but you’ll have to read the book (all the way to the end, please) to find out what that something else might be. There is nothing supernatural in this story.

Looking at this harrowing novel as historical fiction focuses the reader on the Holocaust as it developed in Italy. I am ashamed to admit that I had known next to nothing about the Holocaust in Italy; I always think of it as a primarily Central and Eastern European horror, even though I know a fair amount about Italy (which is my favorite country, after all) and am well aware of its once-sizable Jewish population. Think of the word ghetto, after all. Gerritsen takes us back to Venice in the 1940s, creating a feeling that at times seems more medieval than modern, and the reader definitely gets that “you are there” feeling. Gerritsen successfully alternates between that decade and the present, intertwining the two in a way that never confuses things.

Because I am promising no spoilers, I can’t write what I really want to write, especially about the characters. Just read the book!