Home › Life › “Why are more American teenagers than ever suffering from anxiety?”

“Why are more American teenagers than ever suffering from anxiety?” 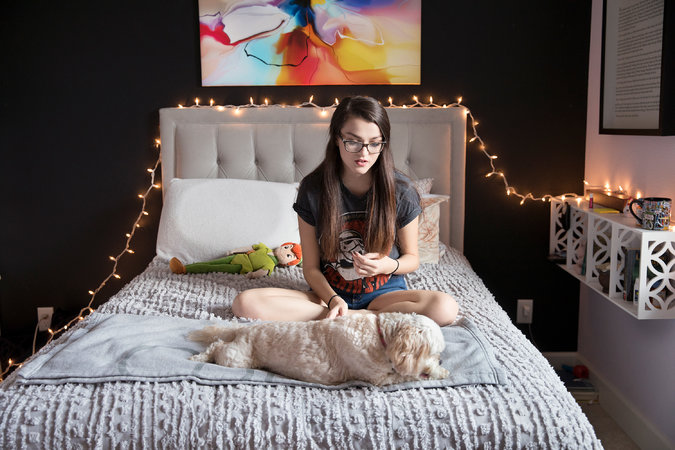 The cover article in the New York Times Magazine from 10/15 (yes, I’m just now catching up) asks, “Why are more American teenagers than ever suffering from severe anxiety?” The author, Benoit Denizen-Lewis, continues with this observation: “Parents, therapists and schools are struggling to figure out whether helping anxious teenagers means protecting them or pushing them to face their fears.”

Fortunately I’m neither a therapist nor a parent, but I certainly face this question as a teacher. It’s pretty clear that more and more of my students every year have significant amounts of anxiety; it’s not merely that they are showing it more.

If you know — or if you yourself are — a teen with significant amounts of anxiety, you should definitely read Denizen-Lewis’s article, even though it’s overly long. His perspective could be invaluable. Having been teaching in Weston for over 20 years, I was struck by the following paragraph:

Teenagers raised in more affluent communities might seemingly have less to feel anxious about. But Suniya Luthar, a professor of psychology at Arizona State University who has studied distress and resilience in both well-off and disadvantaged teenagers, has found that privileged youths are among the most emotionally distressed young people in America. “These kids are incredibly anxious and perfectionistic,” she says, but there’s “contempt and scorn for the idea that kids who have it all might be hurting.”

Too many of my students fit this model.

The issue, of course, is what we should be doing about it. Denizen-Lewis probes solutions, not just problems. Some of his comments really hit home, especially when he writes about psychotherapist Lynn Lyons:

A gregarious speaker, Lyons kept her audience entertained by calling anxiety “the cult leader” — for its ability to convince people of falsehoods about themselves — and telling funny stories about overinvolved parents. But her main point was clear: In a seemingly well-meaning effort to help kids avoid what makes them anxious, administrators actually make anxiety worse. “Anxiety is all about the avoidance of uncertainty and discomfort,” Lyons explained. “When we play along, we don’t help kids learn to cope or problem-solve in the face of unexpected events.”

She pointed to the increasing use of “504 plans,” a popular educational tool that allows for academic accommodations for students with physical or mental disabilities. Though 504 plans for anxiety vary by student, a typical one might allow a teenager to take more time on homework and tests, enter the school through a back door — to avoid the chaos of the main entrance — and leave a classroom when feeling anxious.

Lyons believes in the necessity of 504 plans, and she is in agreement with many of the recommendations of Challenge Success, including later school start times, less homework and more project-based learning. But Lyons worries that too many 504 plans are “avoidance-based and teach zero skills.” She gave the example of a plan that allows a student to leave a classroom anytime he feels overwhelmed.

Lyons sees a connection between how some schools deal with anxious students and what she worries is a generation of young people increasingly insistent on safe spaces — and who believe their feelings should be protected at all costs. “Kids are being given some really dangerous messages these days about the fact that they can’t handle being triggered, that they shouldn’t have to bear witness to anything that makes them uncomfortable and that their external environments should bend to and accommodate their needs,” she told me.

Kevin Ashworth, of the NW Anxiety Institute in Portland, OR, is quoted as saying that “so many teens have lost the ability to tolerate distress and uncertainty, and a big reason for that is the way we parent them.” As a teacher, I would never comment on my students’ parents, but I do hope that many of them will read that last sentence, as well as the whole article.

Not that I have any of the answers.

‹ Y is for Yesterday
Still Life ›