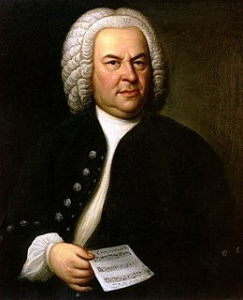 I’d like to give a well-deserved shout-out to my students Laura and Thea for their excellent performance at yesterday’s Boston Bach Birthday Bash celebrating J.S. Bach’s 333rd birthday!

Yes, it’s a few days early for Bach’s actual birthday, but that’s OK. Laura and Thea sang in a small chorus of eight high-school students from Youth Pro Musica for one segment of a day-long concert at the First Lutheran Church of Boston, the tenth occurrence of this annual tradition.  I stayed for the first three segments, and was glad I did. Let’s take it in chronological order:

My prelude was a long walk from Park Street Station, which seemed to be the best bet since I wasn’t about to try to find parking in Back Bay., nor was it worth transferring from the Red Line to a bus. I needed the exercise. (In fact, at the end of the day, my Fitbit told me that I had walked 12,617 steps, which is close to a record for me.) Speaking of technology, Apple Maps gave me the shortest walk to the church, without bothering to warn me that that path would take me right through the “unleashed dog” area in the Boston Common. Sigh. Anyway, after surviving an excessively friendly dog, I got to what I thought was the right church. The sign said “First Church Boston,” after all. But I was immediately skeptical, since the first things I saw were a “Black Lives Matter” banner and a rainbow flag.

You’ve probably already figured out that this particular “First Church” turned out to be Unitarian-Universalist, not Lutheran. The “First Church” I was looking for was next door.

When I walked in, I was surprised at one aspect of the small audience (maybe 50–60 people): everyone was white, so far as I could tell! This is unusual in Boston today, and would be especially so where I live, in Dorchester. Although one of the later performers turned out to be Asian, the audience (which came and went depending on the segments) continued to be 100% white, insofar as I could tell.

The three segments that I stayed for — all of which I enjoyed — were a set of five pieces performed by organist Colin Lynch, a four-piece set by cellist Denise Fan accompanied by harpsichordist Jonathan Wessler, and the set of a dozen pieces for which Thea and Laura had originally invited me. You need to understand the shtick that loosely united the whole day: a day in the life of St. Thomas School in Leipzig, attended by three of Bach’s many sons. Everyone was dressed in character, and the emcee was playing the role of Bach’s cousin Elias. Occasionally he had to take a phone call on his smart phone from his cousin Sebastian, who apologized for being late because there was so much traffic that it delayed his carriage.

Anyway, the Lynch segment and the Fan/Wessler segment were absolutely first-rate, and the audience responded in kind, waiting to the end of each piece to applaud, instead of interrupting at the end of a movement as so many Symphony Hall audiences do. The third segment — the one my students were in —was called “Waiting for Cousin Sebastian” (as his carriage was still delayed by traffic), and it too was excellent. It consisted primarily of music from the Notebook for Anna Magdalena Bach, including one of my favorite cantatas (“Schafe kennel sicher weiden,” BWV 208). A lot of small children added themselves to the audience for this segment, presumably from families that included the performers, and two small girls from the audience turned out to be harpsichord soloists during this segment. There was even a solo from the aforementioned Elias Bach, who turned out to have a great voice although he mangled the German pronunciation too often for comfort. The chorus definitely did not have that problem.

‹ What happened to the Combat Zone?
Finally… the 16th Annual Fractal Fair ›