I suppose it would be Amhersteisenbahngesellschafteisenbahnhobbyausstellung if you spoke German, but fortunately we don’t have to do that. What we did have to do was go to West Springfield, not Amherst, since this annual show had outgrown all available facilities in Amherst many years ago. Now it occupies four entire buildings at the Eastern States Exposition “The Big E”, and there’s no way I would have the stamina to see everything. This year I focused primarily on urban layouts, to match what I am building on my own railroad. (Last month, when I explained my project to a friend and colleague of mine who asked me to do so, she listened carefully and then responded by saying that it was basically like building a dollhouse. “No, it’s not at all like a dollhouse,” I replied defensively….)

Most of the hundreds of exhibitors were vendors who were selling various products, ranging from locomotives to kits to completed buildings. Some were clubs and other organizations who displayed entire layouts, though of course they had to be portable enough to be able to be brought to Springfield. I particularly liked some of the beautifully done city buildings, even if they are a bit too pricey for me (as you can tell if you look closely at the price tags): 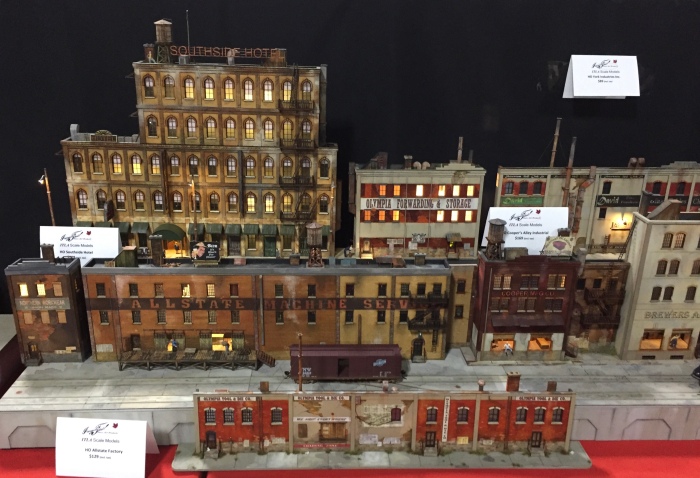 Occasionally we had hints of other uses of this exhibitor space, as this sign reminded uis: 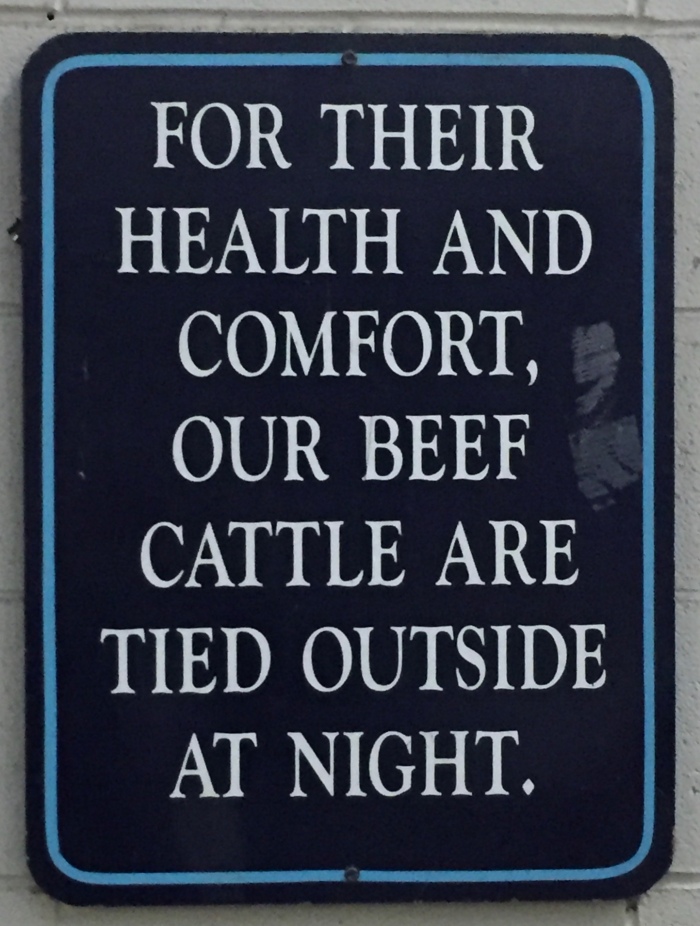 Anyway, enough of the cattle. Let’s get back to urban models, such as this one:

You’ve noticed that you see few if any locomotives or railroad cars in these images. That was because of my very limited time, requiring a narrow focus. I could just as well have focused on diesel locos, or trolleys, or rural scenery, or the expanded use of computers and electronics in today’s model railroading, or any of a host of other aspects of this multi-faceted hobby. More another day…

‹ The Rise and Fall of D.O.D.O.
Computational thinking — but where’s the beef? ›