Wow! Look at that title: a noun phrase consisting of nine consecutive nouns! Maybe the show should be called

On second thought, maybe not.

OK, enough fooling around with German. Let’s get back to the show itself, which was even better than its title. Twice a year — in December and March — the Bay State Model Railroad Museum hosts a two-day open house at their Roslindale location. (The rest of the year the museum serves as the clubhouse for the world’s nerdiest group of model railroaders: they are model railroad engineers, after all.) The museum houses four layouts, one each in N, HOn3, HO, and O scales. Despite the ostensible emphasis on engineering, all four layouts also function as carefully designed dioramas, with wonderfully detailed scenery and structures. Here are some photos from this spring’s show, which I attended on Sunday: 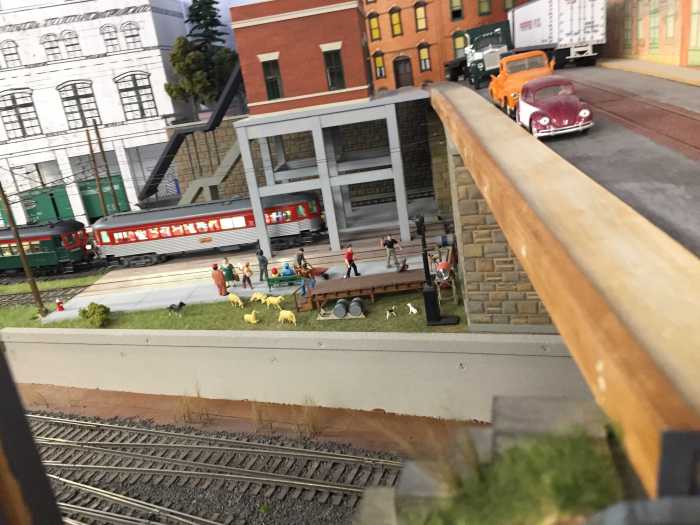 Tracks, trains, and vehicles shouldn’t keep you from paying attention to the small park with little animals. 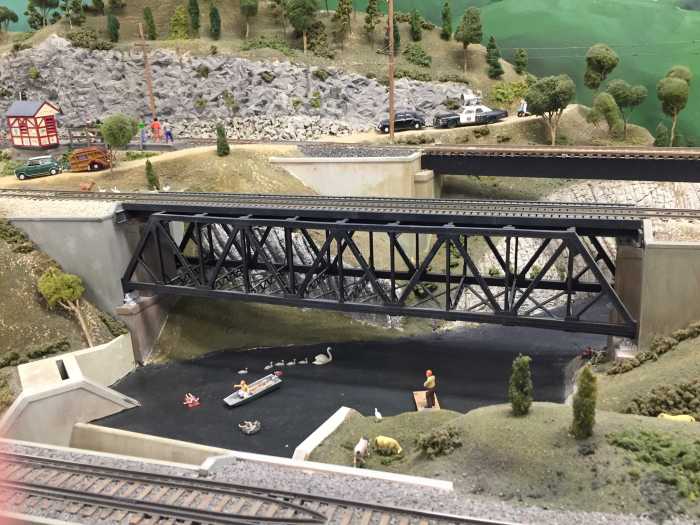 Swimming, boating, swans, and a man on a dock make up just part of this scene, which also features more animals, a dam, rocks, a tree-covered hill — and tracks, of course.

More water, canoes, an industrial building, and a handful of little people. And more animals!

It’s interesting how the camera differs from the human eye. When looking at the layout IRL, you can ignore the giant humans, but the camera can’t do that.

A bustling commercial scene from yesteryear, with trolley tracks in the foreground. 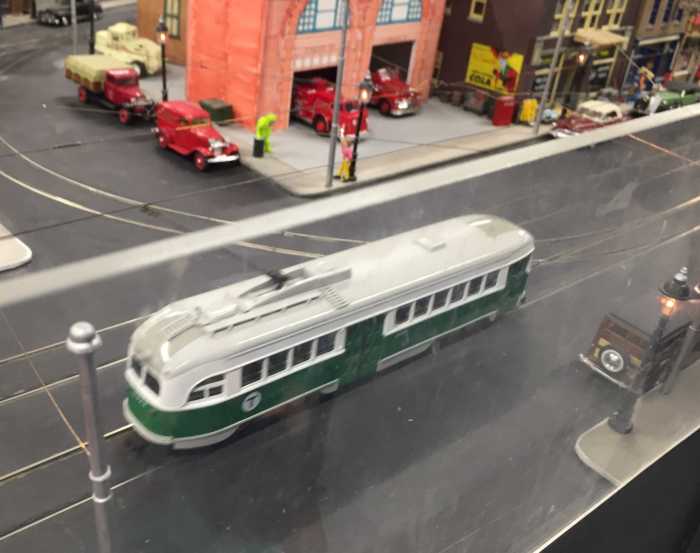 Note the shift in color palette compared to the pictures above, and the lovely set of close-packed multi-unit buildings on the hillside. 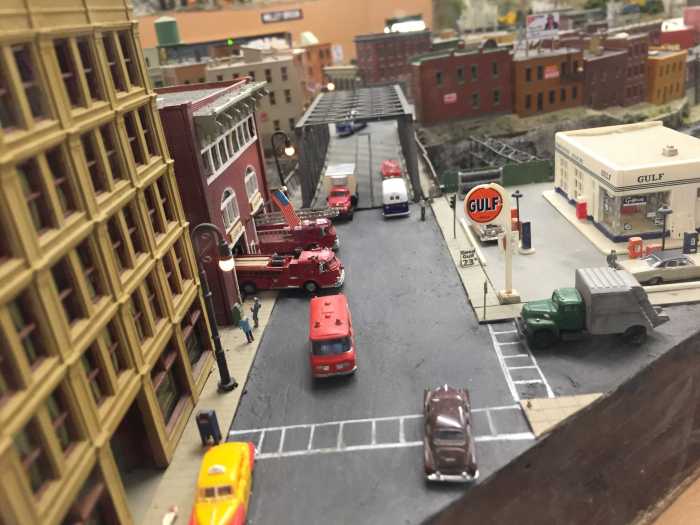 Very urban at this point, with lots of great city detail.

A great mix of scenes in one shot here, with a near-barren hillside in the background, then some realistic industrial buildings in the middle, and then busy rail and auto traffic in the foreground.

Finally, even more of the mix, with substantial hillside, nice roads, and passenger trains.