Home › Movies & (occasionally) TV › Blinded by the Light (the movie)

Blinded by the Light (the movie) 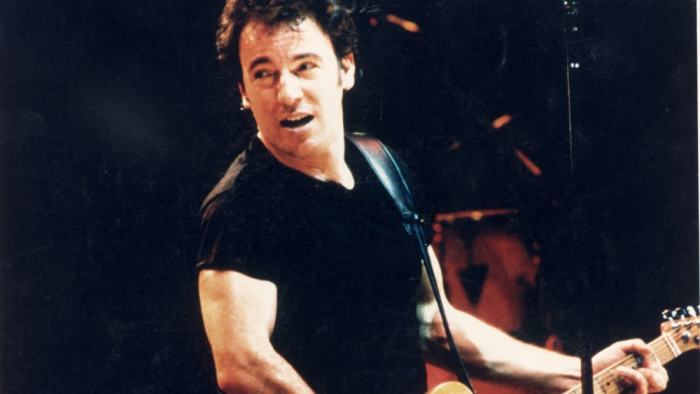 What a terrific movie! You don‘t have to be a Springsteen fan to find it inspirational and completely engaging.

OK, if you don’t know about Blinded by the Light, you’re probably wondering what Springsteen fans, South Asians, and Brits have to do with each other. The elevator pitch is that this movie is a somewhat fictionalized (but basically true) story of the teenaged son of traditional Pakistani immigrants in Luton, England, back in the ’80s; his talent lies primarily in creative writing (not the usual path out of working-class communities for ethnic minorities), and he feels completely trapped until a Sikh friend turns him on to the words and music of Bruce Springsteen. Blinded by the Light makes this narrative completely convincing, and not just because it’s based on a true story but also because the screenwriting, acting, and cinematography are so well done.

Until this year I would have been quite confused by the “sixth-form college” where most of the movie takes place. Fortunately I recently read a novel that features such an institution, so now I understand why our protagonist, Javed, was attending a school where everyone looked like a high-school senior or college freshman. Other than that, everything should feel comfortable and familiar to American audiences, at least if you’re acquainted with South Asian families. Some viewers, I’m sure, will feel uncomfortable about what appear to be ethnic stereotypes, but often stereotypes are real — and the movie was made by South Asian immigrants, so there’s no need to worry about cultural appropriation here. What’s more chilling is the parallelism between today in America and the anti-immigrant and anti-Muslim politics of so many white residents portrayed here in 1980s England. Don’t worry: the movie is much too nuanced to fall into the trap of presenting all whites as racist. But the ones who are seem all too real.

Do read this account by the screenwriter, the real-life writer whose memoir formed the basis for the film. And be sure to stay through to the end when you watch it. You are going to go see it, aren’t you? Hurry, before it ends its run!

‹ Social gatherings
Mars (the candy bar, not the planet) ›