Four weeks ago I reviewed two of the Script Hacking books: Korean and Arabic. Now I turn to a script that I actually know — one that I know thoroughly, in fact: I studied Greek for six years, starting in high school, when I thought that I would major in classics in college.

Greek Script Hacking is the only book in Judith Meyer’s series that I can approach from the point of view of an expert. This provides the opportunity for the standard test of how to judge an explanation of material that combines the familiar with the unfamiliar: if the author explains correctly something that this particular reader knows well, then it’s a reasonable guess that the explanations of the unfamiliar material might also be correct.

So what’s the answer in this case?

The answer is that the book doesn’t quite deserve a straight A, but it’s pretty close to that. As with the Korean and Arabic scripts, Meyer does a great job of not rushing the topic and of providing a lot of interactive exercises along the way. Greek provides some special opportunities, because there are so many English words that are borrowed from Greek and because there are so many names that we are familiar with. Meyer duly faces the issue that there are so many ways of writing the “ee” sound in Modern Greek, explains the changing roles of accent marks and breathings over the centuries, and is explicit about the relevant differences between Ancient and Modern Greek. Keep in mind that this is a book about the writing system and pronunciation, not the language, so there is no need to address the complexities of verb conjugations and noun declensions.

So why not a straight A? Mostly it’s because of two complaints that I have:

Presumably these errors derive from the fact that she learned modern Greek, not ancient. Nevertheless, be forewarned!

I look forward to the books on Russian and Hebrew Those are two scripts that I know fairly well, but I wouldn’t call myself an expert on either. 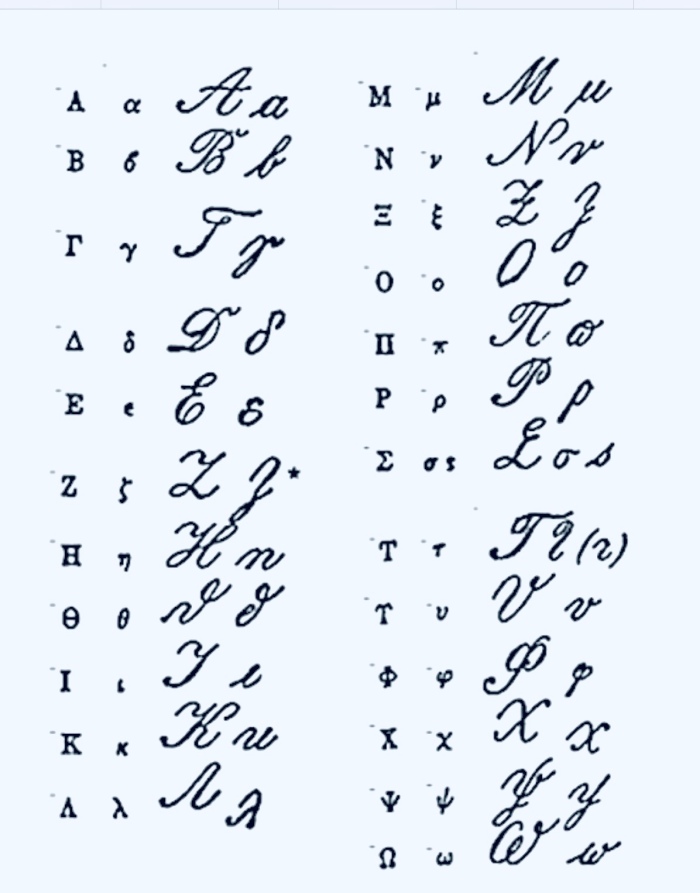 ‹ A glorious morning…
Do we need to upgrade the Constitution? Plus a parsing problem… ›