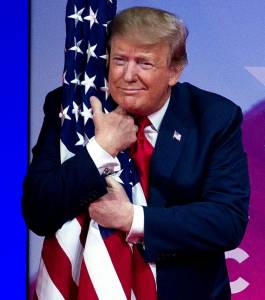 As you know, the U.S. is currently being led by “a very stable genius,” as our dear leader calls himself.

I finally finished reading A Very Stable Genius: Donald J. Trump’s Testing of America, written by two Pulitzer Prize-winning reporters from the Washington Post, Philip Rucker and Carol Leonnig (who have also been panelists on Washington Week more than once). This clearly written 500-page book about Trump’s term so far is the fruit of an amazing amount of diligent research and scrupulous reporting over a three-year period. So you don’t need to ask whether it’s thorough. But you might want to ask whether it contains anything new.

The answer depends on how much you already know. If you’ve been a diligent consumer of news for the past three years — and I don’t mean that you watch Fox — then you probably won’t find any content that is truly new to you, although of course there are plenty of details that you couldn’t have known before. That’s especially true when they’re writing about private meetings and other communications. Although Rucker and Leonnig carefully document everything, much of the first-hand information is necessarily anonymous, as Trump’s appointees want to keep their jobs and are unwilling to be quoted by name. Unfortunately that means that the reader needs to place a lot of trust in the authors, a trust that Trump supporters simply won’t share; they will therefore reject the entire book as “fake news.” For the rest of us it adds up to a coherent story that assembles in one place all the information known to this point about Donald Trump and his administration. If you’re sitting at home with nothing to do, this book will occupy your time productively.

By the way, in case it isn’t obvious, the authors mean the title ironically. (Always good to point out, since irony and satire seem to be dead at this point.)