Home › Life › Buffy and Star Trek — and the Jews

Buffy and Star Trek — and the Jews 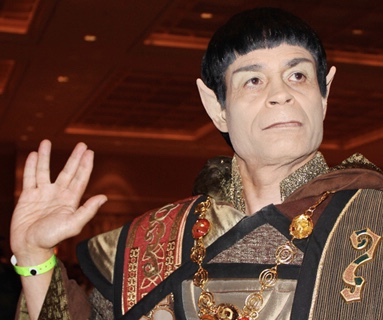 So what happened recently to update that pluperfect verb “hadn’t realized”? Well, as I’ve mentioned before, one of my activities during the pandemic is catching up on old episodes of Buffy and old episodes of Star Trek. Also, a few months ago I started listening to episodes of the Canadian podcast Star Trek and the Jews. And, along the way, I read and reviewed The Existential Joss Whedon.

At some point in the ’70s, I don’t remember just when, one of my former L-S students who went on to attend Harvard explained to me at some length that Star Trek was extremely influential in forming his philosophy of life, particularly his views on morals and ethics. The Prime Directive was of course an obvious component of these views, but there was much more. A fundamental underlying question was “What does it mean to be human?” Later, in ST:TNG, the android Data raises this question all the time, either explicitly or implicitly — but that was not until 1987+, long after the aforementioned conversation. More generally, Star Trek deals with “the other.” So does Buffy, especially in moral conflicts such as Faith’s willingness to kill humans whereas Buffy will only kill demons. But what does it mean to be human? And then we have the ways that Nazis and other anti-Semites treat Jews: we are not human, so it’s okay to treat us as non-human. That was in part the justification for slavery; if blacks are not human, it must be okay to enslave them. And it’s a major issue in stories such as Isaac Asimov’s The Bicentennial Man,” where the other is an android who keeps becoming more and more human. What does it mean to be human?

The issue is particularly poignant in Season 3 Episode 16 of ST:TNG, “The Offspring,” featuring Data’s android daughter. How is that possible? Does that make him more human? Does it make her more human? Finally, one more very different connection between Buffy and Star Trek, in the ST:TNG episode that immediately precedes “The Offspring”: Season 3 Episode 15, “Yesterday’s Enterprise,” in which the “present-day” timeline of history is drastically changed by a time warp and of course nobody notices the difference — except Guinan, and that’s because of her non-human side. The Buffy connection is that that’s exactly what happens with Dawn, who is introduced in Season 5 and everyone’s memories are that she has been there all along. And is she human? Hmmm…

So what’s up with the podcast Star Trek and the Jews? You really should listen to it to get the general flavor and the specific details, but let me say right from the start that the title does not refer to Leonard Nimoy or to other Jewish actors and writers (except occasionally in passing). It mostly refers to Jewish ideas, and sometimes indirectly to Jewish characters, although that is never explicit in the show. The most recent episode of the podcast, “The Lobed Elephant in the Room,” provides the obvious connection that everyone has been waiting for: the question of whether the Ferengi are supposed to be Jews, and whether their portrayal is anti-Semitic. More broadly, Jews are “the other,” just like… ah, you saw it coming… Superman, the consummate immigrant “other,” as discussed in Harry Brod’s Superman Is Jewish?: How Comic Book Superheroes Came to Serve Truth, Justice, and the Jewish-American Way. I’m sure we can all think of a prominent American who is basing his popularity, such as it is, on demonizing The Other, whether the others are immigrants or blacks or name-your-group. It’s all deeply intertwingled, as Ted Nelson pointed out decades ago.