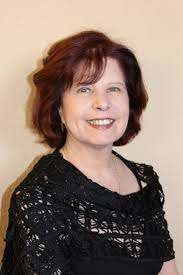 A short novel? Maybe it’s a long novella. In any case, it’s well worth reading.

This dystopian work by the well-known science fiction author Nancy Kress is set in the near future, and I do mean “near.” The wealth gap within the United States is hitting unprecedented levels. The country is being torn apart by conflicts between the rich and powerful in their self-contained bubbles and a group that calls itself TBOC (“Take Back Our Country“). The surveillance state is ubiquitous. China has become the most powerful economic force in the world. A right-wing autocratic demagogue has been elected president of the United States. So what makes it science fiction? Primarily that an alien species is offering powerful technology to the aforementioned rich and powerful, in exchange for — well — in exchange for what exactly?

Semper Augustus is rich in character development, with characters that are too complex to be divided into good guys and bad guys. For instance, are the members of TBOC good guys or bad guys? (You’ll have to read it to find out.) The plot is unexpectedly complex, though not hard to follow. There are a lot of connections with the present day, including several with Andrew Yang; in fact, if I hadn’t known that Nancy Kress wrote it, I might have thought that Yang was the author.

Did I mention a virus? Yes, there’s a virus that plays a central role in the story, but not in the way you might expect. You can google semper augustus (the tulip, not the novel) and then see whether you can connect the dots. Or just read the novella. Or novel, whichever it is.

We can conclude with a few relevant words by the author:

Revolution—as history shows us—can start by aiming for justice but also include leaders more interested in power than justice. Aristocrats, as history also shows us, may disdain and exploit those on the bottom of the socioeconomic heap, but exploiters are not one-dimensional: they have personal lives, affections, fears and failures. I don’t like fiction with unnuanced villains or heroic paragons. It feels false to reality.

‹ A math problem for the season
Greek! (The Ingenious Language) ›