Home › Life › (Yawn. It’s so early in the morning.) What do all these people have in common?

(Yawn. It’s so early in the morning.) What do all these people have in common?

Or is it too early in the morning for you?

The answer to the first question, according to James Harbeck, is that they all are (or were) morning people, all early risers. Maybe you aren’t in that group. I am.

Now I don’t want to imply any value judgment here — heaven forfend. People still claim that I am an early riser, even though these days I tend to sleep in, now that I am semi-retired (I always get up at 5:30, in contrast to my former life when I arose on school days at 4:45). And Harbeck is certainly not making a value judgment, as he himself is (mostly) a late riser and has a competing list of distinguished late risers: Barack Obama, Winston Churchill, Charles Darwin, Carl Jung, Keith Richards, Elvis Presley, Fran Leibowitz, James Joyce, Marcel Proust, and J.R.R. Tolkien.

“OK,” you probably reply, “so what does all this have to do with linguistics?”

What, indeed? Nothing obvious, that’s for sure.

No, it’s not obvious, but Harbeck always has something up his sleeve. He is a distinguished Canadian linguist, after all. In this case the hook is to combine early rising with remarks on Old English, sometimes called Anglo-Saxon. I first learned a bit about Old English around the age of 12, when my dad shared one of his college textbooks with me: Elements of Old English, by Samuel Moore and Thomas A. Knott (second edition). I knew that my dad had been a chemistry major at Columbia, so my naive 12-year-old self saw nothing unusual about his holding onto this esoteric text. If for some reason you’re not convinced about its popularity, be assured that the tenth edition is currently available for a pittance on Amazon as its #3,471,102nd best seller or for free as an eBook! But I digress. The point is that Old English is not merely an older form of English but an entirely separate language, even though it’s the direct ancestor of Modern English (prior to the Norman Invasion and the Renaissance, which combined to infuse a huge amount of French and Latin into the “pure” Anglo-Saxon). Many non-linguists seem to think that “Old English” refers to the language of Shakespeare, but no — that’s definitely Modern English, albeit Early Modern. Returning now to James Harbeck, we see that he discusses the obscure word “aerwacol” — or “ærwacol,” to be precise, as Harbeck always is. (Did you spot the difference?) Anyway, ærwacol of course means “early awake,” as illustrated in a line of text that Harbeck quotes: “Đa cwæð se cyngc, ‘Leofe dohtor, for hwi eart ðu þus ærwacol?’” I’m sure that you immediately noticed a couple of letters that are still used in Icelandic but died out from English a long time ago: “ð” (capitalized as “Đ”) and “þ,” which perhaps you know from Tolkien even if you’re not familiar with Icelandic.

Continuing with the linguistics vein, a quick glance at that line of Old English makes it clear that it’s a separate language from Modern English, unlike Shakespeare’s English, which merely has some unfamiliar vocabulary here and there and some syntax that seems a bit stilted to the modern ear. But if you take it apart word by word, and if you know that the two mysterious letters are both pronounced as forms of “th” and that “c” is always pronounced as a hard-c, as in Latin and Irish, you may be able to see enough cognates to figure out the entire line. Here are some clear cognates:

But please read Harbeck’s entire essay. This just scratched the surface. And I do admire him deeply, even if he isn’t often an early riser like the seven he cites: 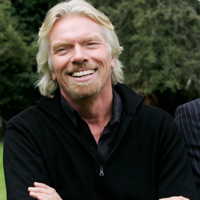 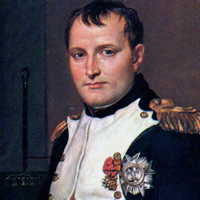 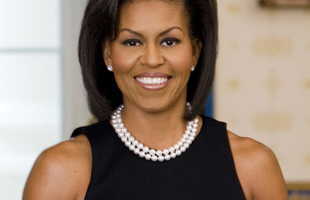 ‹ Webinar vs. debate: Supervising in an age of COVID
International Translation Day (OK, OK, so I’m a few days late) ›