One of Our Own

That’s what the popular press called him. Jane Haddam presents his last case in One of Our Own, the final and 30th novel in her insufficiently famous Demarkian series. She finished writing it shortly before her death from cancer, but her sons had to get it ready for publication, whatever that means.

One of Our Own is a mystery, but not quite like all the previous ones. The Armenian neighborhood of Cavanaugh Street in Philadelphia does play a role, but not a major one. (Note: Before we go any further, I want to make clear that Demarkian and Cavanaugh Street are fictional, though based on reality.) Social issues are often prominent in Haddam’s books, and in this case the story is mostly about immigration — undocumented immigrants in particular. You can enjoy this fascinating book without having read the previous ones in the series, though you’ll miss most of the back story of the characters. In particular, there are a lot of references to novel #29, Fighting Chance. But go ahead and read it without that background; also, one of the main characters is new to this volume, so gaps in the background won’t matter too much. That character is a super-wealthy real estate developer, a ruthless tycoon who owns buildings in New Jersey, Florida, and New York, continually moves money from one bank to another in a fruitless attempt to stay one step ahead of the FBI, and regularly cheats, steal, and tells lies to everyone. This character is not supposed to remind you of someone you know, of course.

Jane Haddam was the pen name of Orania Papazoglou, more properly Papazoğlu, which of course means “son of a priest” in Turkish. There’s nothing scandalous there: Orthodox priests are allowed to marry and have children, unlike Roman Catholic priests. The only oddity is that someone whose hero is Armenian, and who is presumably of partially Armenian heritage herself, would have a Turkish name. But maybe that’s not so odd. I used to have a Greek-American colleague with a similarly Turkish name, and she explained to me that her grandparents used to live on the west coast of Turkey (which had been part of Greece a long long time ago); because of Turkish mistreatment of Greeks they had translated their family name quite literally into Turkish in order to protect themselves from persecution. Could the same thing have happened to Haddam’s ancestors? I have found no evidence to support that hypothesis, but it seems quite plausible to me.

For more related news, catch up on what has been happening recently in Artsakh, a.k.a. Nagorno-Karabakh. But I digress…

You can get a little flavor of simpler Turkish-Armenian conflicts in this paragraph from One of Our Own:

That reminds me of one of the times when I was in Greece. Every restaurant offered Turkish coffee, and every restaurant had covered up the word “Turkish” and replace it with “Greek,” even though it was still the same coffee.

One warning: one major character and a lot of the minor people in the book are racists and xenophobes, either openly or just barely below the surface. (If you find that implausible, you just haven’t been paying attention.) Some of these are realistically flawed human beings, not cardboard one-dimensional characters, so you have to expect complexity. Now I shouldn’t have to observe that Haddam’s characters’ words are not her own words, but apparently readers often confuse an author’s views with what her characters say. After that caveat, I will leave you with the words of the super-wealthy real estate developer: 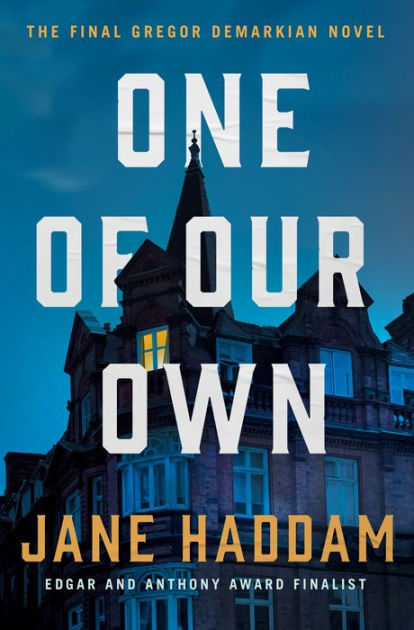 ‹ How do you spell царь in English? Czar, tsar, csar, or tzar?
Automated translation? What could possibly go wrong? ›