Home › Teaching & Learning › Write like you talk. Or not. As the case may be.

Write like you talk. Or not. As the case may be. 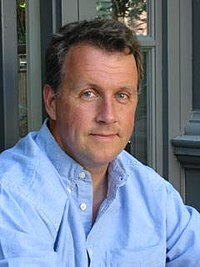 Paul Graham has some advice for us:

Here’s a simple trick for getting more people to read what you write: write in spoken language.

That’s definitely not what your typical English teacher tells us. Writing and speaking are distinct and different forms of communication, they say, etc., etc., etc. They decry the informality of texting and email language, especially when it creeps over into more formal writing. They decry my use of “they” in the previous sentences, even though it has just won the sacred honor of being named Word of the Year. Read Dennis Baron’s article for everything you need to know about why singular “they” is correct; it’s not very long, but it’s extremely informative. But back to Graham’s advice…

After writing the first draft, try explaining to a friend what you just wrote. Then replace the draft with what you said to your friend.

People often tell me how much my essays sound like me talking. The fact that this seems worthy of comment shows how rarely people manage to write in spoken language. Otherwise everyone’s writing would sound like them talking.

If you simply manage to write in spoken language, you’ll be ahead of 95% of writers. And it’s so easy to do: just don’t let a sentence through unless it’s the way you’d say it to a friend.

‹ Communicating with students
It’s a matter of fact, not a matter of opinion: it’s science! ›