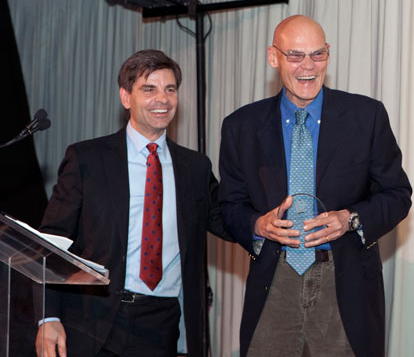 How I miss Bill Clinton! Yes, he certainly wasn’t a perfect president — and yes, he wasn’t Obama — but… [You can finish the rest of the sentence yourself.]

The War Room is a documentary about Bill Clinton’s successful 1992 campaign for president, filmed from the inside by Chris Hegedus and D.A. Pennebaker, focusing primarily on George Stephanopoulos and James Carville. The late Roger Ebert observed that this film “may dispel the notion that campaign managers pervert the course of democracy,” although some much more recent events will cause one to wonder what has happened since then.

As a documentary, The War Room contains no overt commentary or spin by the filmmakers. Everything literally happened as shown. But of course that doesn’t mean that it is neutral or objective, whatever “objective” might mean in this context; clearly the editing and selection of scenes have resulted in a movie that is sympathetic to Stephanopoulos, Carville, and Clinton. Coming back to my first paragraph above, I have to admit that none of these three could be called perfect, and you can find moments of less-than-sterling behavior in the documentary. But still there’s no corruption, no outright lying, no deeply offensive overt or hidden policies. There can’t be a whole lot of suspense, since we all know the outcome, but the story is well-made and somehow manages to evoke a suitable amount of tension despite the lack of suspense.

‹ Morning glories
Back from Manchester (but which one?) ›