Home › Books › The Colors of All the Cattle

The Colors of All the Cattle 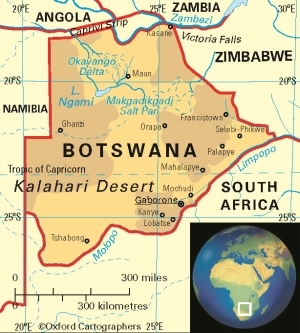 Review #8 here about Alexander McCall Smith’s Botswana series! I’ve been writing about these 19 charming books for a long time, most recently three years ago but going back to April of 2006 for the first post — almost 13 years ago!

As always with this series, we’re talking about a fairly slow pace — without heavy reading, violence, or sex. We’re talking about an overt emphasis on values (this one a bit more overt than most), with a dash of philosophy. I don’t know how it is in Botswana, but here in the USA the right wing has of course tried to claim a monopoly on values, all tangled up with religion. But in Botswana, at least as McCall Smith presents it (which may or may not be accurate), there’s a much more old-fashioned idea of values, stretching all the way back to Socrates and Aristotle. Particularly in this novel we see some of the struggles of modernization in Botswana, along with attendant issues of right and wrong, good and bad. As McCall Smith is a philosopher, this should not be too much of a surprise, and he handles it all with a light touch that won’t sound like preaching (except to readers who object to women’s rights and the concerns of social justice warriors). As you can gather by now, in this volume there’s more politics than usual. Also, some of the characters have a bit more complexity than they had in earlier contributions.

All in all, one of the best in the series.

‹ “Does verbing impact the language?” he asks.
The Temptation of Forgiveness ›