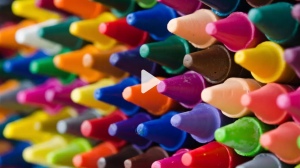 Who cares what names Crayola chooses to use for the colors of its crayons?

There was only one color name that used to bother me when I was a kid: “flesh.” Even then, I guess, I was a budding SJW—or perhaps I was just reflecting my parents’ views. But otherwise the names just seemed to be arbitrary, so who cares what Marigold and Raw Umber might be. Since there was no overlap between my crayon-using days and my early-linguist days, I never wondered whether Marigold had something to do with gold and whether Raw Umber had something to do with shadows.

Now, however, there’s a new controversy about Crayola’s color names: what do we call this lovely “new” shade of blue? 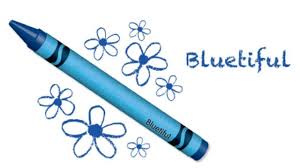 Apparently, as you see, we call it “bluetiful.”

So what? Does the right wing really need to get up in arms about another culture-wars grievance? Aren’t the fake complaints about Mr. Potato Head and Dr. Seuss enough?

Personally, I rather like the new name, and I do think it’s a beautiful color. Portmanteau words are a delight, not something to complain about. For instance, peevers wrote to CNN to complain that the new name is “not a word,” that it will ruin kids’ lives by…well, it’s not clear by what. By teaching them words that “don’t exist,” I suppose.

Language changes. Get over it!